Skip to content
Home » FAQs » What are the casino war game apps that I can have on my smartphone to enjoy the game? 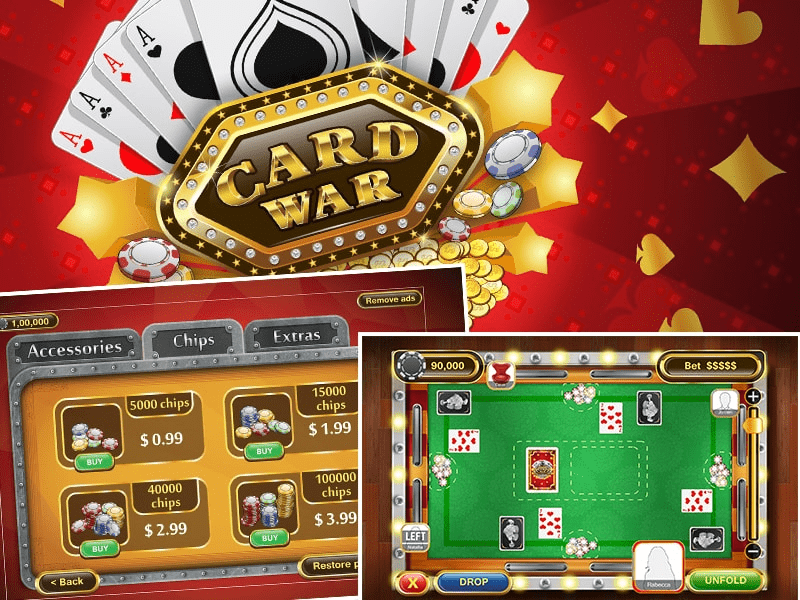 Casino war is available in the form of application to enjoy the game on your mobile be it iPhone or any Android smartphones and tablets. Many of these game apps are free to download from Google Play store and iTunes store. Few of casino war games apps may prompt you to buy the game to play free or will offer in app purchases to play with free credits. But that’s your choice whether you wish to spend few dollars or have a free app for your mobile. 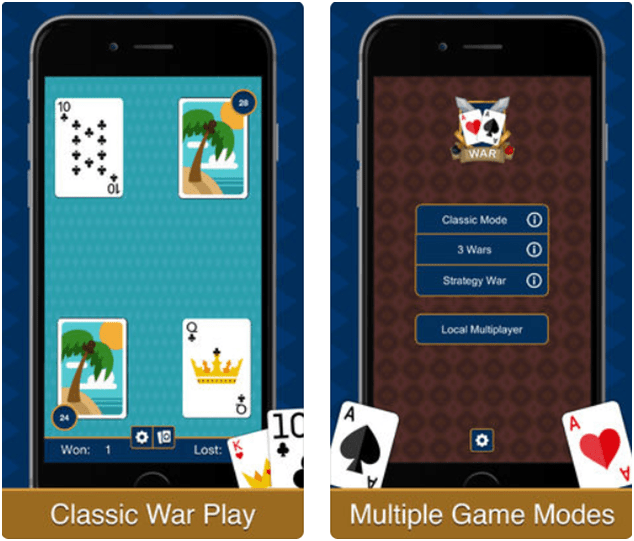 War – The Card Game, is the free to play mobile version of a classic family card game.  With this updated version, you get three completely upgraded game modes. Traditional War, 3-War Mode, and Strategic War to play. All game modes have fully customizable card backs, card fronts, and gameplay backgrounds.

2. Fortunes of War for Android 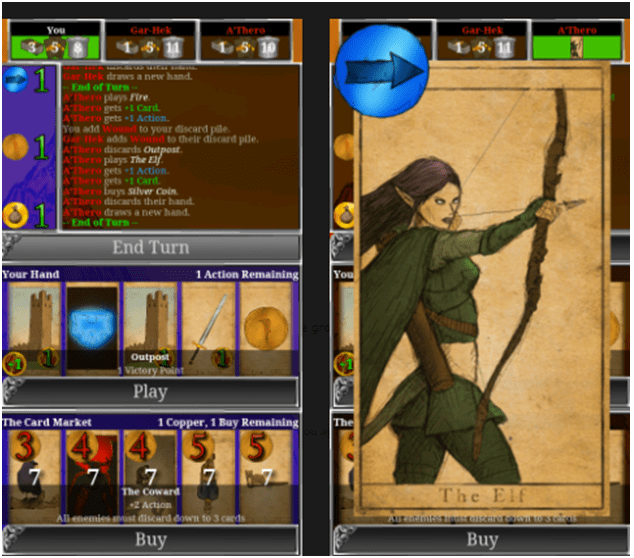 Fortunes of War is a uniquely fast-paced, easy to learn, and strategically challenging game, offering many modes such as single player campaign, quick AI matches, ranked multiplayer games, achievements, tournaments and more.
You begin the game with a small deck of fortune cards. Fortune cards represent power, wealth and ability. Players take turns drawing a hand from their deck, playing their fortune cards and purchasing new cards from The Card Market. You grow more powerful over the course of the battle with each additional fortune card. The key to victory comes in developing a strategy to build up your deck’s victory points, while at the same time countering your opponent’s strategy. Note that you must create a profile and login to play the multiplayer game. 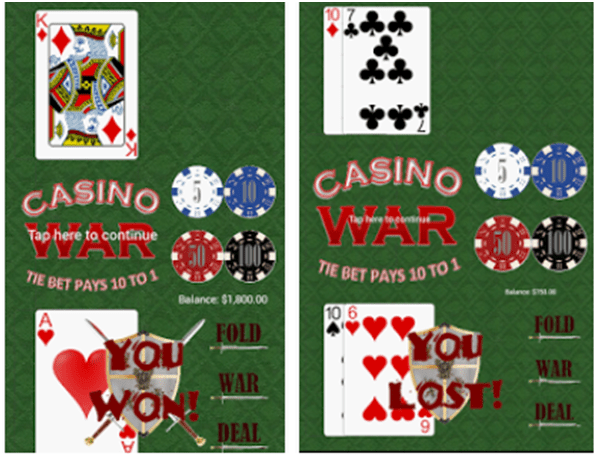 This casino war game app is free to download on your Android and is played with six standard 52 card decks. The cards are ranked in the same way that cards in poker games are ranked, in which the aces are the high card. One card each is dealt to a dealer and to a player. If the player’s card is higher, he or she wins back two times his or her own wager, plus the raise amount. However, if the dealer’s card is higher, the player loses their bet. 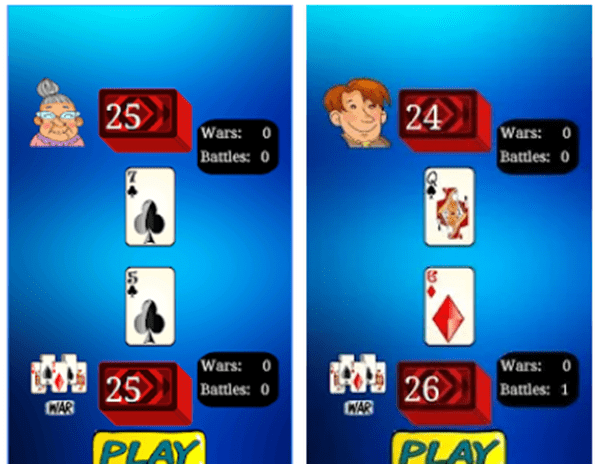 In this free app the object of war game is to be the first player to win all the cards. Play free as much as you want and experience challenging AI. Every player turns up a card at the same time and the player with the higher card value takes the both cards. If the cards are the same rank, it is a War. 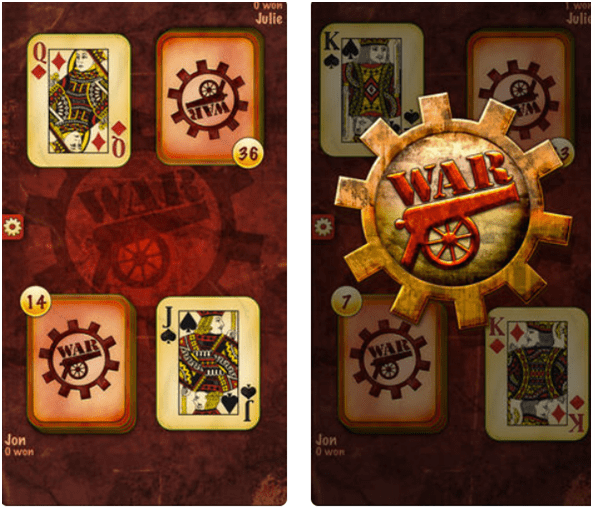 War Free is the classic card game War app to play with your iPhone. Each player starts with a deck of 26 cards. The game takes place through a series of battles in which each player reveals one card. The player with the highest card wins both cards. If both players reveal a card of the same rank, a war ensues, giving each player a chance to win many of their opponent’s cards.

Now enjoy these casino war games apps and have the best of mobile gaming experience.